Designed for residents 62 and older, Casa Salazar opened its doors to residents in June of 2017. Nearly four years later, a strong sense of community has formed amongst residents. Over the next couple of months, McCormack Baron Management will highlight the stories of the residents who call Casa Salazar home. 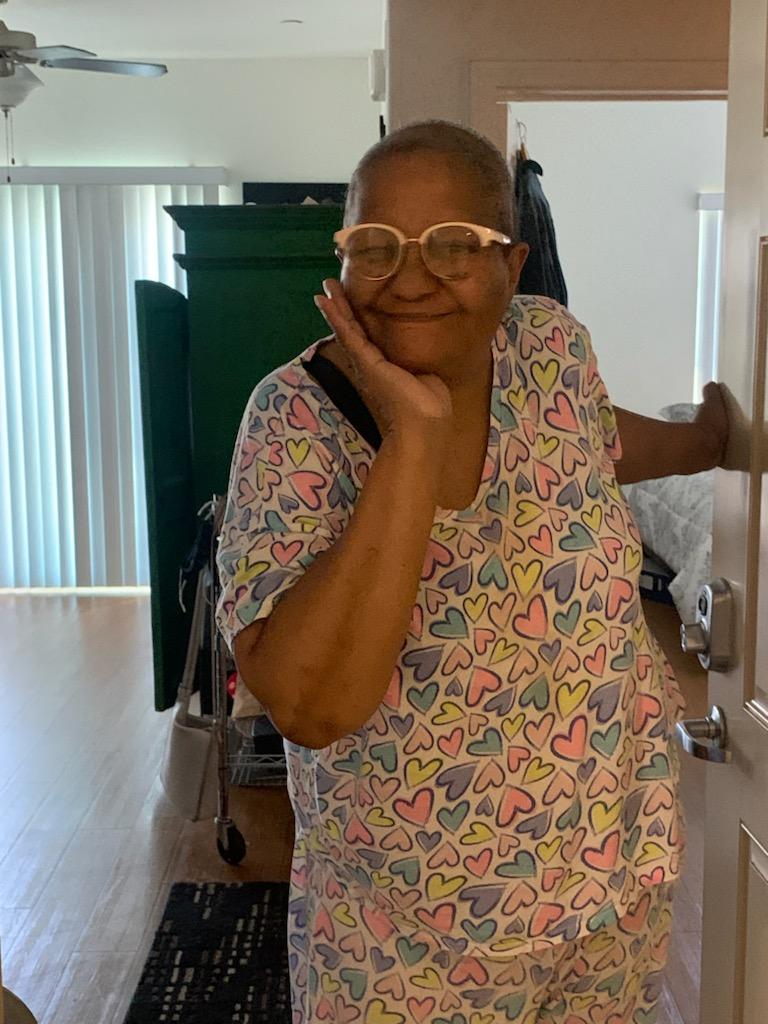 Ms. Denise Timberlake’s family has a way of sticking together. Once her kids reached adulthood, Ms. Timberlake’s mother moved from her hometown of Chicago out west to Los Angeles. Ms. Timberlake and her siblings were not far behind. Within a matter of months, they had all moved out to LA. Now, 30 years later, the roles are reversed. Ms. Timberlake was one of the first residents to move into Casa Salazar in 2017. Shortly afterward, her mother moved into the unit directly below hers.

“It's a great thing to have us both here. We look out for each other. If I’m sick she takes care of me and vice versa. Sometimes we can get on each other’s nerves but we love each other. It's actually been pretty great,” Ms. Timberlake said.

Ms. Timberlake managed a restaurant for the last 18 years of her career before retiring. More importantly, she raised a family. She has three kids and now four grandbabies. As she described, “My whole family is here in Los Angeles. Before the pandemic, I saw them often but not often enough. I am really proud of all of my children. I was lucky, they grew up wonderful. I thank God for that. Me and my mom helped raise them.”

Ms. Timberlake’s family is close, in part because they don’t take each other’s company for granted. She lost a brother to gun violence when he was just a young man back in Chicago. Ms. Timberlake and her mother helped raise her late brother's niece until she died tragically in an accident as a teenager. More recently, Ms. Timberlake’s husband lost his battle with cancer.

Through it all, Ms. Timberlake remains grateful for what she has, including her apartment and community at Casa Salazar. “I really like the building. I came from a different senior citizen community but it was such a small apartment. When they told me I could come to the brand new Casa Salazar, which actually was more affordable, I was blown away. I acted quickly and was one of the first residents to move in. It was an unbelievable opportunity.”

For Ms. Timberlake, the best part about living at Casa Salazar is the accessibility and location. “As someone who doesn’t drive anymore, I have the perfect setup. We are right by the bus stop, which is very convenient. I can get anywhere I want to go. Everything I need is very close. As a resident of Casa Salazar, they also gave us bus passes and access to a low-cost cab service.”

Before the pandemic, Ms. Timberlake enjoyed the events, parties, and services she shared with her neighbors. She makes a point to join the holiday parties and meals put on by the staff at Casa Salazar. She also takes advantage of amenities like the community room where they hosted her mother’s 85th birthday party.

“I have to say, the employees that work here are very nice. Hailey, Denise, and the whole team. I appreciate how they are so quick to respond to anything I may need or ask for. They go out of their way to take care of us.”