Growing up in Louisville's west end, Donald Brown learned the ins and outs of the Russell neighborhood. He’s proud to have been a part of its regeneration, working as a contractor on the new Beecher Terrace in 2018 and 2019. “I’ve known Beecher Terrace since the beginning,” Mr. Brown says. “My sister lived there, so I spent time there growing up. It makes working on the Beecher project significant for me. I got to put a mark on an important piece of my community. That is a really good feeling.”

Mr. Brown is a Section 3 contractor on the project. Section 3 is part of the HUD funding designed to foster local economic development and neighborhood economic improvement. Mr. Brown was not alone; in fact, one-third of the crews hired to work on the Beecher Terrace $100 million reconstruction project lived in the neighborhood.

On the site, Mr. Brown served as an Asbestos-Containing Material Abatement Contractor, which is a specialized role that requires certification and experience. “My role on the Beecher project depended on the day,” Mr. Brown says. “At first I was digging pipes up, specifically those which had asbestos insulation around them. After that we removed windows and door frames, which also had asbestos glue. Our crew handled all the asbestos demolition on the site.”

Mr. Brown says that overall, the experience of growing up in and around Beecher Terrace was a good one, that it was a vibrant neighborhood with a strong community feel. “Don’t get me wrong, Beecher was tough,” he says. “Growing up in that environment you learned about life quickly, you were forced to grow up quickly. That said, Beecher was a cultural vibe unlike any other. You can find black people, white people, different nationalities. It had great diversity and was a center stone to the west end. It was an experience walking through Beecher.” 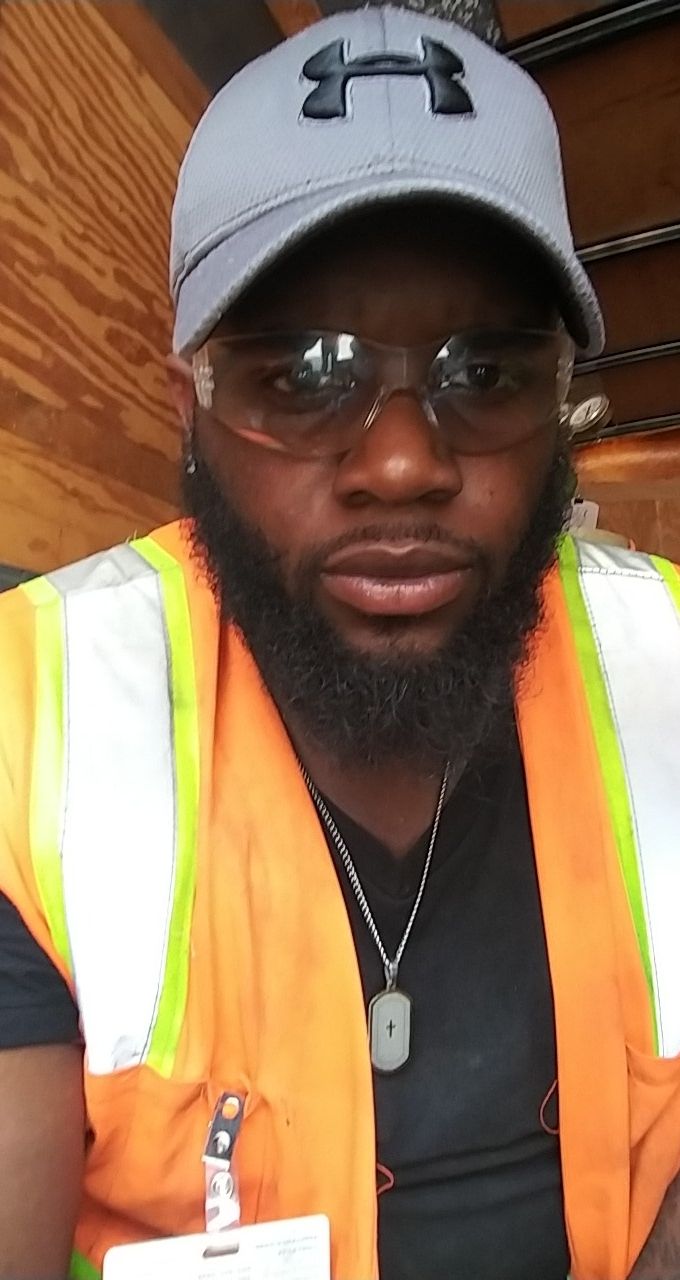 Mr. Brown’s first job out of high school was at Home Depot. He was attracted to the tools and construction supplies, something that would inform his future career path. After working a number of jobs, he eventually was approached by a rep for the Abatement Workers Regional Local 207. Mr. Brown quickly became a licensed abatement worker and hasn’t looked back since. “I love what I am doing,” he says. “This career field is amazing, and we need more people in the trades. Lots of people

in Beecher and in Louisville don’t know about it. I feel it’s important for people to know about my work, and I want other people to have these opportunities.”

“Louisville is really important to me,” Mr. Brown says. “My whole family lives here. My family is really tight - we are closely bonded. Growing up on the west end, it was special to work on the Beecher project. I’m proud to be a part of making it a better place to live. I think it’s a good thing for my community.”