The award was given during AHF Live: The Affordable Housing Developers Summit at the Hyatt Regency in Chicago.

In 2010, Yusef began working on the revitalization of the Alice Griffith public housing complex in the Bayview Hunters Point Naval Shipyard Redevelopment area. This community received an inaugural Choice Neighborhoods Implementation Grant from HUD and spurred the opening of the McCormack Baron Salazar San Francisco Office with Yusef at the helm.

Yusef was promoted to Managing Director | West Coast Operations in 2016. He is currently leading the Alice Griffith/Bayview Transformation, the Twin Rivers Choice Neighborhood in Sacramento and manages new business. Since 2008, Yusef has been responsible for closing over $533 million in investment in low income communities that has resulted in 1,279 homes. He has been a featured speaker at the White House, has testified in front of Congress, and participates regularly in speaking engagements nationally. We are proud to have him on our team and congratulate him on his well-deserved industry recognition.

You can read the article about Yusef in AHF magazine here. 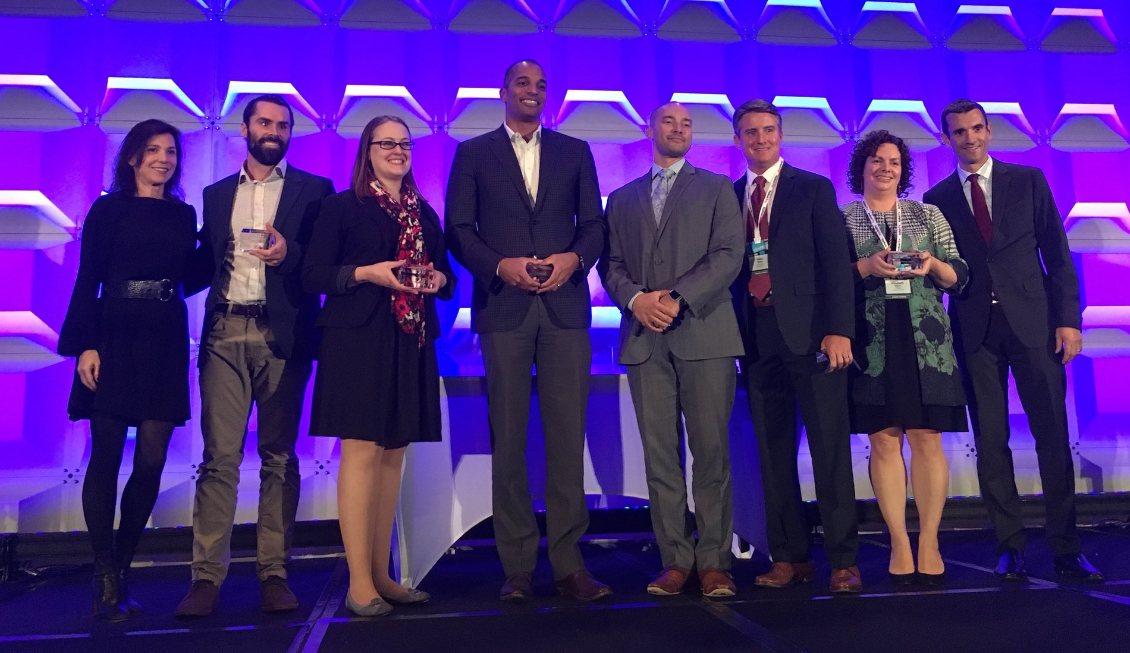 Above: The AHF Young Leader awardees. Yusef Freeman is fourth from the left. (Photo Courtesy of AHF Live)